Ohhhh, SNAP! Slovenly subhuman sub-label BLACK GLADIATOR is back in ackshin with two filthy new releases for the dancefloor, the looney bin, the ghetto, or wherever you like to call home. This is the HOT SHIT here, baby. You know where to put it… 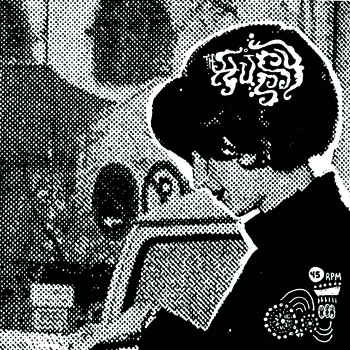 Black Gladiator is making with the freak freak with a new EP from Madison, WI garage turkeys THE HUSSY… and FINALLY! This dude / dudette duo has been lighting shit on fire for a few with three full lengths, more than a handful of singles, and a brutal live show that they’ve taken across the USA a hundred times over. We put the gangsta lean on ‘em to deliver a single that fits the truly unruly BG grime agenda, so they knocked out two hyper, nasty break having punk rock nugs for the A-side. “Way With Words” and “Yr Stupid” clock in breakneck at less than three minutes total. Mortelle! But this single is ultimately built around a track for the DJ’s that the Black Gladiator Sound Lab spent over a year perfecting for the dancefloor. We snagged the swinging, Heather Hussy led “Wrong Right” off their debut LP on Slow Fizz and hooked up with Cleveland, Ohio’s E.REACT to remix this shit FRESH as a double vision four-on-the-floor shaking bbbllluuurrr with a funky fly Bo Diddley soul clap. Dig? Cool.

Preview a track here (and see the complete tracklist) 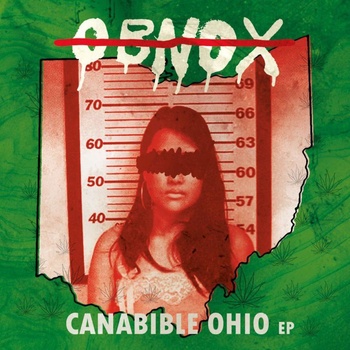 It’s the newest latest from Bim Thomas’ one man soul-punk bomb OBNOX, and Black Gladiator is psyched like a mug to be part of this expanding, dark dope cloud. This “Canabible Ohio” double 7” joint features five new tracks of dank punk stank with a level of pure b-boyism unfelt since the golden era of the Def Jam days. Dig “Deep In The Dusk (Redux)”* for the Jeep beat, replete with a broke ass MAGNETIX sample. Three of the four cover songs in this set represent the sordid history of Ohio rock and soul: GAUNT’s twisted “Flying,” KING JAMES VERSION’s “He’s Forever,” a tore up, one-in-a-million 60’s shouter which no one even knew about until the recent release of Numero Group’s Boddie Recordings box – a song which no other need attempt after this, and the all time MCCOYS classic “Hang On Sloopy” gets the ‘NOX treatment proper. A cover of the URINALS “I’m A Bug” rounds the set out, cuz we’re stupid like that. Records are housed in a full-color gatefold jacket in a limited edition of 500 copies.

* “Deep In The Dusk (Redux)” to be featured on the upcoming “Corrupt Free Enterprise” double LP on 12XU.